By Sharon Kaufman Posted at July 03, 2008
Note: If you have not read Franziska's amazing story up to this point, you should do so now. Find chapters one through six here. Start at the bottom of the page with chapter one. 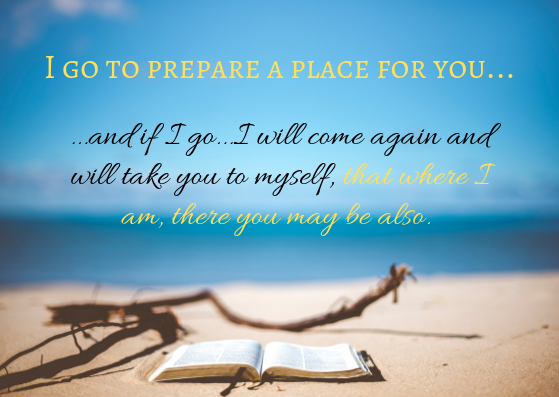 This long-time-in-coming seventh chapter of Franziska's story is devoted to Hermann's home going. I was delayed in writing this chapter because Hermann's obituary and a poem that he had written shortly before he died had to be translated from German to English. That is done now thanks to a friend from church. Thank you, Monica, for your kindness in translating the two pieces. So let us continue...

In 1932, on May 29th, Hermann and Franziska celebrated their 50th wedding anniversary. An account of the celebration appeared in the local German paper. An excerpt reads:

The evening of that day we reminisced...about the church and friends and relatives who had been there previously. At this testimonial, the representatives of the Meyer family, other relatives, and the congregation delivered their wishes for happiness and blessings to the celebrating pair. May the Lord we serve, give us more such festivities.

Looking back to when Hermann and Franziska met, an item of interest to me is the last entry in Franziska's "Poesie" book, that little autograph journal that she kept from the age of 12 through the age of nineteen (mentioned in chapter one). The last entry was made in December 1881 in Bromberg, Germany by Hermann. My Aunt Francis still has this little book in her possession. She writes of it:

One of the treasured mementos of Franziska still in existence is a small autograph book called 'Poesie' (poetry). It made the journey to America, survived the homestead, traveled to South Dakota by wagon and ferry, and onto Colorado and Oklahoma. The pages are brown with age and the once bright gilt edges are spattered with fly specks, but within are pages filled with exquisite handwriting... The first three entries are written in Thorn, a town near Bromberg, the latest being in December of 1881...The last entry is undated and signed, 'Hermann Meyer'! They were married in May of 1882.

Though Hermann's entry is written in German and I do not know what it says, it is more of a curiosity to me, as to why after 6 years of entries, Hermann's was the last. Franziska pursued no more autographs after his. Was she was satisfied to leave it with her future husband's as the best and therefore the last? Did she regard his entry as the culmination of all that had been written there in Poesie? Perhaps the answer lie in what he wrote and if I were to get it translated, the secret would be had.

But for now we must return to what is known. In late 1930 or early 1931, Hermann was diagnosed with cancer. He suffered for two years and then on January 4th, 1933, he went home to be with the Lord. His obituary reads:


Brother Hermann Gustave Meyer, born December 12, 1857 near Bromberg, in the province of Posen, Germany, died after a lengthy battle with cancer on January 4, 1933 at La Salle, Colorado at the age of 75 and 22 days. He was married with his now grieving widow on May 29th, 1882 and the Lord blessed him with 13 children, of which 6 died before him. Last May Brother Meyer and his wife celebrated their Golden Anniversary with all their children by their side. 1886 was the year Brother Meyer and his family came to this country, where they settled in Nebraska, South Dakota and since 1903 near La Salle, Colorado. Brother Meyer accepted the Lord as his Savior. He was baptized by Brother Currant in 1877...Just as in the old country, so in this country, Brother Meyer showed a deep commitment to the work of our Lord by holding Sunday School and Worship Services in his own home, and many have come to Christ through his initialed contacts. He was a devoted Christian and kept faithfully to those teachings of the Word of God. Brother Meyer held many offices in his church, such as superintendent of Sunday School, secretary, treasurer and the last 20 years as a deacon. He consistently fulfilled his Christian duties, as he always wanted what was best for the Lord and His congregation. He was especially pleased, that all his children came to the Lord Jesus Christ. One of his sons, Herbert Meyer, from Alva, Oklahoma followed the call and became a pastor himself. A few weeks before his death, Brother Meyer composed the following poem which was read at his funeral:

At the Edge of Eternity


Written in December 1932, a few weeks before his death.


I stand at the edge of eternity
And look back one more time
I see the God of Majesty
And am lifted to joy sublime.


I am so very happy
My Savior died for me
He took my guilt
He took it all and now, by grace, I'm free.


Christ freed me from God's judgment;
There's no more fear, I cry.
He conquered death and gave me life
My soul shall never die.


Now Christ is my Protector;
He owns my life, my soul.
I'm clean by the blood of Jesus;
I'm free, I'm His, I'm whole!


Grieving are his wife, 5 sons, 2 daughters, 35 grandchildren, 2 great-grandchildren, 2 sisters and many other relatives and friends. May the Lord bless all that are left behind and give them the assurance of seeing their departed loved ones at the Throne of God in good time. La Salle, Colo.

As I read and reread my Great Grandfather's poem, I am struck with the peace, joy and anticipation he exhibited as he looked forward to his own death. For the Christan, this should be the mindset concerning leaving this earthly realm. There is no fear because we know there is no judgment. Jesus Christ has experienced my judgment, my penalty and my punishment for sin.

Now for me, there is only great anticipation as I move toward eternity. I will be with Jesus - face to face. No longer chained by sin, I will be able to worship Him just as Grandfather Hermann now worships, without a single hindrance, alongside my loved ones who have gone before me. Oh, what satisfaction and joy! Praise God who has so generously given us His Son!