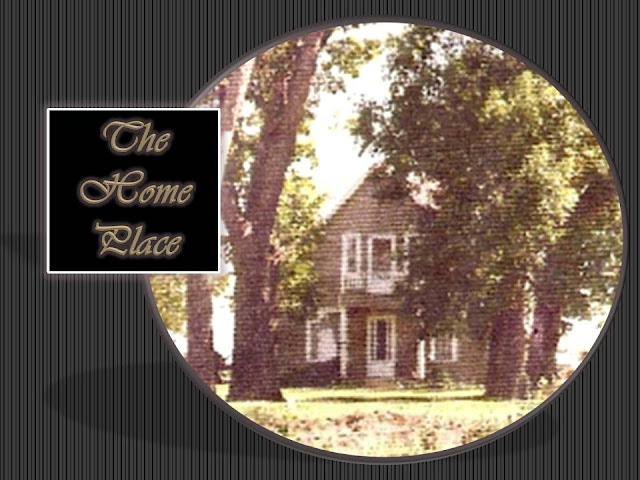 The Home Place in LaSalle, Colorado

Note: Though I planned (as stated in chapter five) to end the story with this chapter, after investigating the family records, I realized that there is still more and that the story is not yet ready to be finalized. Since chapter five was devoted to Franziska's enjoyments, I decided that this chapter should present the work that was involved at the farm in Colorado.

In chapter five we were, at long last, happy to see Franziska and Hermann settled in Colorado, and able to make a go of farming. Though this was still difficult, it was not impossible as it had been in the Great American Dessert (Nebraska) and South Dakota.

The family settled on a farm southwest of Evans, Colorado in 1904. But the land on this farm on the Platte River proved to be difficult to cultivate with its thin top soil and bottom layer of gravel requiring a great deal of irrigation. For three years, however, Hermann and his sons worked at raising sugar beets.

Then in 1907, Hermann and Franziska bought a farm 1 1/2 miles south of LaSalle, Colorado. On this land they would finally settle and thrive. They called it The Home Place. Obviously, after so many years, home finally became a reality for these weary wanderers. Franziska was 45 years old. What a long time coming home! I don't think I would've lasted.

Though they finally settled in LaSalle, they did not regard this earthly sphere as their home. During these times folks knew and expected that this life was the low, short, brutish one and that another life existed beyond this flawed realm. Their hope lay there in eternity, a life that was more real to them than anything material here below. Hermann and Franziska had six children waiting for them there. The expectation level for this earthly realm was much different then than it is for us now. Yet Hermann and Franziska had come from a comfortable existence in Germany. How was it that Franziska adjusted so unquestioningly?

Part of the answer we find from the writings of a French aristocrat of that time, Alexis De Tocqueville. He visited America in the 1830s for nearly a year hoping to compile a work on this country's democracy in hopes that it would influence France to a better government. He spent time with families on the Western Frontier and made observations about the men and women there. He was fascinated with their tenacity. Though many came from well-to-do circumstances in the East, they willingly gave up all comfort to homestead in the wilds of the American frontier.

An excerpt from the 900+ page volume he compiled called Democracy in America reads:

"They take their wives along with them and make them share the countless perils and privations that always attend the commencement of the expeditions. I have often met, even on the verge of the wilderness, with young women who, after having been brought up amid all the comforts of the large towns of New England, had passed, almost without any intermediate stage, from the wealthy abode of their parents to a comfortless hovel in a forest. Fever, solitude, and a tedious life had not broken the springs of their courage. Their features were impaired and faded, but their looks were firm; they appeared to be at once sad and resolute. I do not doubt that these young American women had amassed, in the education of their early years, that inward strength which they displayed under these circumstances. The early culture of the girl may still, therefore, be traced, in the United States, under the aspect of marriage; her part is changed, her habits are different, but her character remains the same."

That character for Franziska has to be attributed to more than her upbringing. It was Christ living and abiding in her, as I'm sure it was for many of the women Tocqueville met with. Through much suffering Franziska had remained faithful to her God, her family and her church. She did not let the staggering tragedies of her children's deaths and the monumental struggles she faced daily embitter her or stop her in her devotion to her Savior and His call upon her to love and live in a way that glorified Him.

Franziska knew that her descent from a wealthy German home to the crude, wearisome life of the untamed wilderness was nothing in light of Christ's unfathomable plunge from eternal, majestic glory with His Father into the rudest of abysmal domains - that of the haters of God. Christ had gone before her from the loftiest to the lowest of realms (Phil. 2:5-8). He now was her strength in all the heartbreak, back-breaking labor and disappointment. She was resolute because Jesus had been so when facing the Cross for her (Heb. 12:1-2).

The toilsome nature of their lives continued in LaSalle, where Hermann, once more began the business of setting seed down in the ground - sugar beets, as on the Evans farm. Taming the land was arduous work and once it was ready for seed, the strain of labor did not decrease. Shortly after planting, when the seedlings emerged, there was thinning that had to be done. Over the years the boys, Herbert, Ray (Rhinehold), and Rudolph literally crawled hundreds of miles on hands and knees up and down rows of sugar beets, thinning and then weeding when the plants grew larger.

Herbert said that, at the age of nine, he did the work of a grown man. My Aunt Francis wrote,


"...in later years, Herbert (her father and my grandfather) often indulged his sweet tooth with plenty of sugar (the end product of sugar beets), saying that he had earned it thinning them on hands and knees in the hot penetrating Colorado sun!" (Parenthesis added.)

The three boys, when coming in from the beet fields for lunch, often raided the lush strawberry patch that Franziska worked hard at to bring in a little extra income.

The house, itself, was a flurry of activity. Helen and Elmer helped with the younger children. Among other things, Emma, the youngest girl, worked in her mother's garden, fed calves and picked the cottonwood fluff off the strawberries that were to be sold.

Franziska never lacked something to do with all of her domestic responsibilities. Just keeping the clothing clean and in good repair was a never-ending occupation. This involved laundering the clothes (not so easy as it is now), ironing everything that was washed and hung out to dry, brushing her five sons' and husband's suits, replacing buttons, and mending worn and tattered shirts, pants, dresses, aprons, underwear, coats, and more. There was no option to just get rid of those pieces and buy new. Clothing was hard to come by, most of it sewn or knitted by Franziska or Helen to begin with.

There was other work also. Hermann and Ray built fences. And he and the older boys often built from scratch or added onto an existing structure. A second story and rear addition were added to the original house in 1916. When the courthouse in the nearby town of Greeley was dismantled, Hermann purchased the lumber and he, Fred and Rudolph hauled it in horse-drawn wagons back to the Home Place. This is the lumber that was used to enlarge the house, complete with windows also supplied by the courthouse. The photo at the top of the page is what the house looked like after the addition was made. (The photo was taken in the 1980s. The house is no longer owned by relatives, but is lived in and in good condition.)

In 1923, Hermann purchased the Beebe Draw Baptist church building, the congregation having relocated to LaSalle from the town of Beebe Draw. Hermann dismantled the church, and once again hauled the wood by horse-drawn wagons to the Home Place, where he used the wood to build a barn.

Hermann and Franziska remained on The Home Place until Hermann's death in 1933. We will continue in chapter seven with Franziska's latter years.