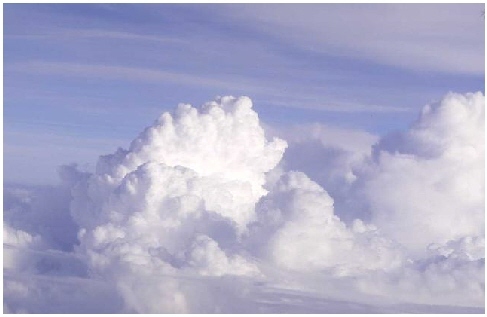 Note: If you have not read Franciska's amazing story up to this point, you should do so now. Find chapters one through seven here. Start at the bottom of the page with chapter one.

It has been months since I last wrote about Franziska. The previous chapter dealt with Hermann's (her husband) death in 1933. This chapter will bring to a close Franziska's life.

During Hermann's two year struggle with cancer, he was cared for by a granddaughter, Martha. She lived with the couple while caring for Hermann and learned how to give the injections that Hermann needed at that time. She devoted herself to her grandparent's needs until Hermann passed away.

Franziska was 71 years old when she gave Hermann over to heaven. The couple had been married for a little over 50 years. How difficult it must have been for her to now be bereft of the one she had spent nearly all of her life with. She would really need to cling to her Heavenly Father now, in ways she had never imagined while her beloved husband was still with her.

I wonder about Franziska's health at this time since she obviously needed the granddaughter's help with Hermann. After Hermann's death, her grandson, Robert Max stayed for a while with his grandmother. Then she went to live with her son Frederick and his wife Lena for about three years.

At that time, a pastor who knew Franziska arranged for a second marriage to a man named C. A. Borchers, living in Bessie Oklahoma (this is the town my own mother was raised in). Unfortunately, he turned out to be a somewhat cruel man, mistreating and neglecting Franziska especially whenever she was ill.

But Franziska outlived her second husband. After his death, she went to live with my grandfather (her son) and grandmother, Herbert and Lena Meyer in Ingersoll, Oklahoma for some time. But eventually, because she developed symptoms for what we now know as Alzheimer's Disease, caring for her became too great a demand for my grandparents.

At this point her two daughters, Helen and Emma, traveled to Oklahoma to help care for their mother for several months in 1947. Shortly after that she was hospitalized at Western Oklahoma Hospital in Supply, Oklahoma. This is where she would spend the remainder of her days on earth.

Just four days before her 87th birthday she went home to be with her Savior. What a reunion must have followed with Hermann and all of her children that preceded her in death, one of which was her son, Rudolph, who had died exactly one year before her, on January 2, 1948.

Following is Franziska's obituary. This piece of information was the first writing I came upon concerning my great grandmother after my own father's death in 2003. This was after obtaining the family records that he'd had in his possession. Her obituary was such a grand discovery for me - realizing that just a few generations before me, a godly woman had lived a life that brought much glory to the God who first loved her.

Franziska Agnes Meyer-Borchers, born on January 6, 1862 in Germany, was called to her eternal reward on January 2, 1949 at the Western Oklahoma Hospital at Supply, Oklahoma.

In her long and eventful life she experienced much joy and happiness, but also much grief and sorrow. At the tender age of 5, her mother passed away, overshadowing her life with a dark cloud. In her teen years she came under the influence of the gospel message, accepting Jesus Christ as her personal Savior and Lord. Upon her confession of faith she was baptized and joined the Konigstrasse Baptist Church in Berlin, Germany.

In 1882 she was married to Hermann Gustave Meyer, and in 1886 this young couple migrated to the United States, settling on a farm in South Dakota and later in La Salle, Colorado where her husband passed away in 1933. Three years after her first husband's death Franziska remarried. She was united to her second husband, the late C. A. Borchers from Bessie Oklahoma, in 1936.

Early in life she had made her choice to be a faithful, loyal and true follower of Christ, devoting much of her time and talents in sacrificial service to HIM who had done so much for her. She shed forth her Christian influence liberally as a good Sunday School teacher, young woman’s adviser and faithful president of the Ladies’ Aid for 25 years.

She was a devoted wife and a good mother, a fine Christian character and example. God blessed her with thirteen children, of whom six died at the ages of six and under. Two sons preceded Franziska in death a few years ago: Reinhold in 1942 and Rudolph in 1948. Five of her children survive her, along with 42 grandchildren, 47 great-grandchildren and one great-great-grand child, as well as many Christian friends and neighbors.

I have hesitated in writing this final chapter because my great grandmother's last days were not so pleasant as you have seen. It pains me to think about this noble and gracious lady's difficult latter years without Hermann. But she dwells on high now and all is well.

I never met Franziska. I was born nine months after she died. She left a godly heritage - 13 children, 42 grandchildren, 47 great grandchildren and 1 great-great grandchild. That adds up to 103 descendants at the time of her death. I include even the children that did not live but a few years for they are certainly worshiping the God who created them and ordained their days on the earth as well as the sons and daughters who grew to adulthood glorifying God, and who lived longer on this globe, also by the will of their Creator.

That makes me wonder how many more great, great-great, etc. grandchildren there are now. I am one more, not having been counted at the time of her death. But it comforts me to know that I had a great grandmother that prayed for the generations yet to be born as the Psalmist did (Psalm 78:5-7).

Her prayers for her unborn grandchildren included me and God honored her desires. For that I am eternally grateful to my Lord for He put me upon her heart ere she knew me. And as I write, I find myself lifting my grandchildren, those born and yet to be born to the same God, asking for the same thing that my precious grandmother asked for - that they might know and love the glorious and gracious God of creation and redemption.

How I would have loved to have known this regal daughter of the King, but our getting to know one another will have to happen in a different realm, beyond time and space. There, in that blissful city, we will have an eternity to "catch up".

But the greater wonder will be seeing Jesus, the Host of Heaven, the One who untied Franziska and myself in the family of God by His sacrificial death on the Cross. Yes, we are related by human blood, but we will be reunited by Christ's divine blood. It is because of our Savior that we will meet one day and enjoy one another's company in His very presence, never to part.